The white blood cells of your immune system go to battle when a virus or bacteria or allergen invades your body. Recent studies show that exercise can help keep your white blood cells plentiful and fresh. This broad spectrum of studies confirms that exercise helps sustain and strengthen your immune system. It seems that stress is an enemy of your immune system. People who experience high stress get more colds, suffer more digestive tract problems and have more frequent bouts of fatigue. Part of the latter is indirect since it tends to lead to lowered amounts of restful sleep. Regular exercise helps the immune system by lowering the effects of stress. However, most of us find it very difficult to find the time and energy to exercise regularly. Until interval training came along that is.

All it takes to get a full workout is two to three 60 second short burst sessions a day on your Xiser, three times per week. And, honestly, anyone can do them because the machine automatically adapts to your ability.  Consult your doctor before beginning any exercise routine of course.

The Benefits Are In The Recovery

There is a decrease in body fat

An ability to achieve your fitness goals much faster

An increase in energy

You will find you get firmer skin

It helps relieve stress by providing an outlet for and consuming much of the nervous energy produced by stress. It also helps indirectly by shifting one’s focus away from the external factors producing the stress

High intensity exercise increases the body temperature slightly. This, as anyone who has suffered from a cold knows, is the body’s natural response to colds, flu and other diseases. The increased temperature helps kill the infecting organisms

Research presented at the Integrative Biology of Exercise VI meeting in Colorado on October 10-13, 2012 demonstrated that high-intensity interval training burns more calories in less time. It seems that a mere 2.5 minutes, divided into five 30-second sprint intervals at maximum exertion, each followed by four minutes of light recuperation, can burn as much as 220 calories

A study at the University of Colorado, Boulder suggests that regular exercise helps prevent colds. It showed that individuals are less likely to get sick after stressful situations when they had engaged in a regular program of exercise. Those who began exercise on the same day as the stressor didn’t enjoy those benefits. The secret is to exercise regularly as part of your protocol for good immune health. 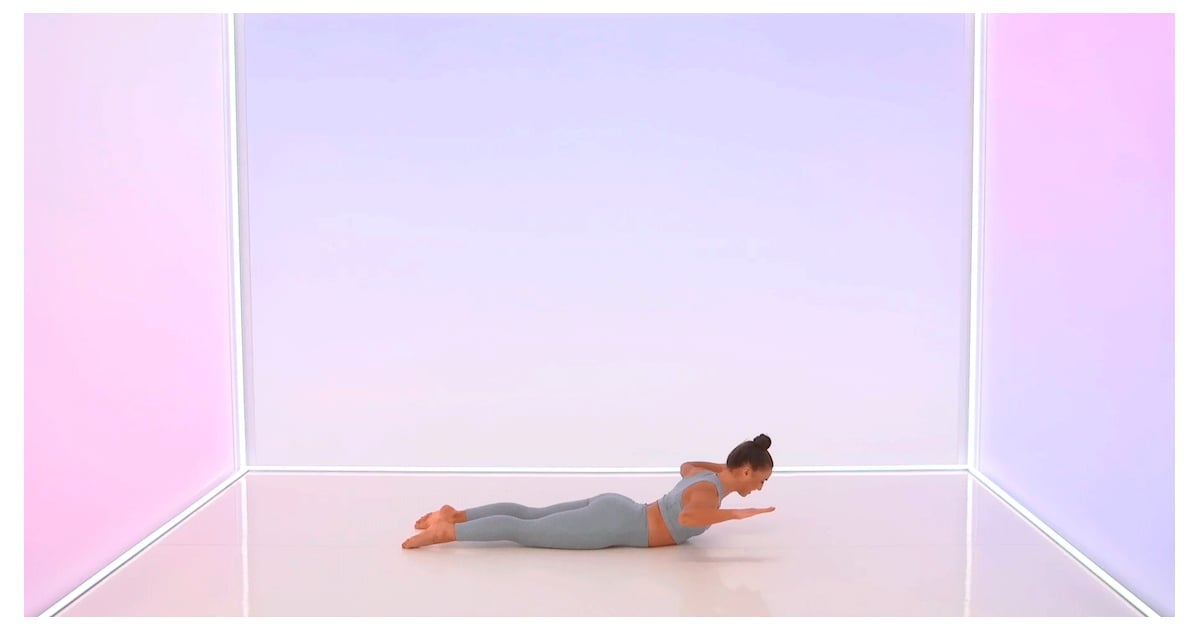 Pilates isn’t an exercise to pass up, especially if you’re on the hunt for a new low-impact exercise to complement your HIIT and cardio-centric routine. Not only does it provide an amazing stretch for tight muscles, improving flexibility, posture, and core strength, but it can even be used to help prevent and manage back pain. In fact, several studies have found a positive link between Pilates and the management of chronic back pain. You don’t even need to step into a studio or onto a reformer to reap the spine and back benefits, either. Just check out these five moves, courtesy of of fitness Pilates instructor Mary Wolff. Perform each move for 30 seconds and repeat the series as you feel comfortable. Try These 5 At-Home Pilates Moves to Prevent Back Pain

The 12-Minute Holiday HIIT Workout You Can Do Practically Anywhere

Sorry to be a party pooper, but amid all those revelries, it’s likely your health will take a back seat. Most of us will gain between 0.8 and 1.5kg over the holidays, which doesn’t sound like much, but according to Nutrition Australia this weight is rarely lost. To help you look (and feel) your best, personal trainer Kristy Curtis has designed this 12-minute workout that can be done anywhere, anytime. Do the following from start to finish, focusing on good form (and the indulging you’ll earn on the other side).

How: Standing with your legs wider than your shoulders and your chest proud, squat down until your bottom is in line with your knees, driving your bodyweight through your heels as you stand back up.Aim: 2 sets of 12.

How: Lying on your back with shoulders and feet flat on the floor (with your knees bent), push your bodyweight through your heels and drive your hips towards the ceiling.Aim: 2 sets of 12.

How: Step one leg forward and lunge down. With the same leg, step to the side, lunge, then to the back, and lunge. Repeat on the other leg.Aim: 10 sets per leg.

How: With hands behind you and palms towards your bottom, place them shoulder-width on a flat bench, chair or sofa, with legs about 30cm in front and knees bent. Keeping your bottom close to the back of the bench and chest lifted, try to lower yourself down so your elbows reach 90 degrees to your body.Aim: 2 sets of 12.

How: On the floor with your forearms on the ground, your back straight and your bottom in line with your shoulders, draw your navel inwards and put your bodyweight in your elbows, forearms and fists. This can be done on the knees if you’re a beginner or on the toes if you’re advanced. Aim: 60 seconds.

How: Lying face down with arms and legs extended, raise your right arm and left leg about 8cm off the ground. Repeat on the other side of the body. Aim: 10 on each side.

How: Make a fist and place hands at your chin with elbows tucked in. Try some jabs and crosses (punching straight out in front) then add hooks and uppercuts, turning your hips and using your legs for an all-over body workout. Aim: 1 minute straight, punching with good form quickly. The 12-Minute Holiday HIIT Workout You Can Do Practically Anywhere | Women’s Health

This Is Still The Best Way For Women Over 50 To Live Longer, Study Finds

While we recognize that a simple walk can have positive physical and mental health effects and that sleep is vital to health and well-being, it’s also important to remember the benefits of more challenging exercise. The idea that working out is good for your health is not new, but during a scientific conference on Saturday, researchers supported the age-old advice.

During EuroEcho 2019, the European Society of Cardiology revealed that women who can exercise vigorously decrease their risk of dying from cancer, heart disease, and other health-related causes.

The study, led by Jesús Peteiro, Ph.D., from the University Hospital of Coruña, Spain, analyzed 4,714 adult women who were at risk of heart disease. These women were asked to take a treadmill heart stress test, where doctors monitored heart rhythm and blood pressure during exercise.

Participants, the majority of whom were 50 to 75 years old, walked or ran on the treadmill based on their physical abilities. They started slow and increased speed and intensity with time, finally stopping when they reached exhaustion.

Researchers compared women who reached 10 metabolic equivalents (METs) or more to women who could not reach 10 METs of exercise. To understand the different workloads, 10 METs is equivalent to walking up four flights of stairs or walking up three flights at a very fast pace, both without stopping. The women who could achieve 10 METs of exercise were considered to have a good exercise capacity.

Nearly five years later, the researchers took health assessments of the same women and found that 345 had died of cardiovascular-related deaths, 164 died of cancer, and 203 died of other miscellaneous causes.

Findings specifically provide information about the functioning of the heart’s left ventricle (responsible for pumping blood) during exercise. Women who had poor heart functioning were more likely to die from cardiovascular issues. However, heart performance alone did not indicate cancer or other deaths.

“Women whose hearts work normally during exercise are unlikely to have a cardiovascular event,” Peteiro said during the conference. “But if their exercise capacity is poor, they are still at risk of death from cancer or other causes.”

The information proves that getting your heart rate up supports healthy heart functioning and can greatly reduce the risks of death in middle-aged and older women. Since the research is in favor of vigorous exercise, try adding high-intensity interval training (HIIT) or cardio to your routine. This Is Still The Best Way For Women Over 50 To Live Longer, Study Finds – SkyStatement

If you want to burn major calories but you don’t have hours to spend in the gym each week, you may want to try Tabata, a form of high-intensity interval training named for Japanese scientist Izumi Tabata, who first studied it in 1996. In Tabata, “the goal is to keep the heart rate up for the duaraton of the exercise. 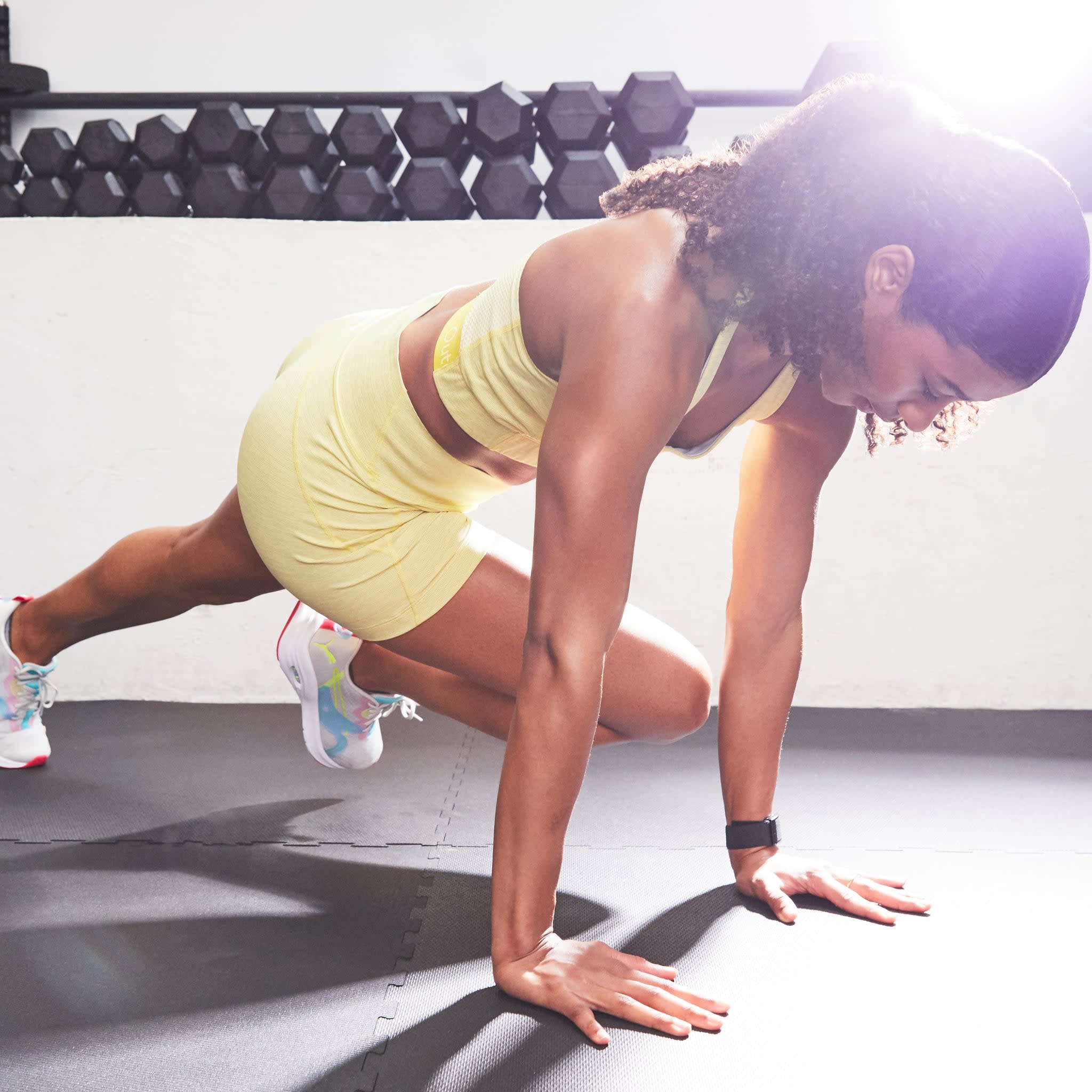